Fire and Flood, Some Pictures

By Flea - Be A Survivor

Well I figured I would share a few pics of my house from my dance with lightning. They ripped off part of the roof and redid it, we have all the utilities fixed properly not just patched so I could get by and they are starting sheet rocking tomorrow.

One thing I have learned is that if you have any expensive computer equipment or any other electronics spend the $20 and get a quality surge suppressor. Everything I had on a suppressor survived, the stuff that was plugged in to wall directly was toast. 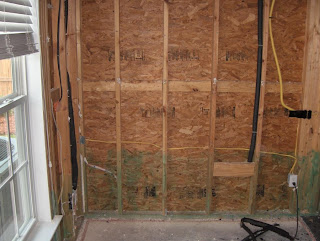 The pipe you see on the right is the water pipe (black). It broke up near the ridge line and where the lightning hit. Water filled this wall and eventually leaked through the baseboard and filled most of the first floor. 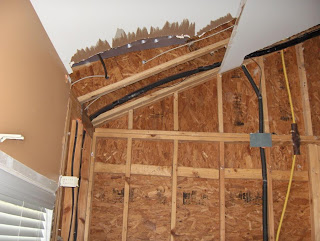 Water collected in that ceiling corner they ripped out. 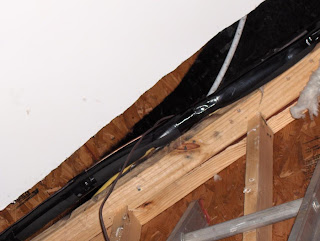 The entire roof line down the side of the house is burnt like that. 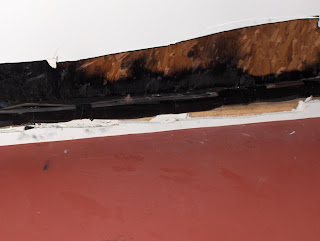 Here you can see a bit more of it. 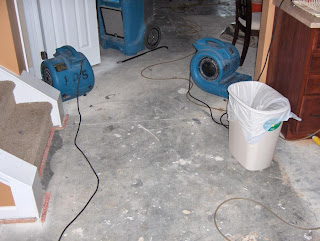 This is just some of the nonsense you need to be involved with regarding flooding. Turbo fans and HUGE dehumidifiers.

All in all this experience has sucked. I won't sugar coat it and like I have said I don't wish this on anyone.

Close to $3,000 out of my pocket so far. FINALLY got the "emergency" $1,000 the insurance company sent. TOOK 10 days and they sent it Postal Service (Geez ever heard of FEDEX?)

Finally got the adjusters report, $16k in damage...

I do have faith in the working man though, every contractor that has set foot in my house has been fabulous.

The Social Stuff!
Follow Me on Twitter~Friend Me on Facebook~The Survivalists
Posted by flea at 6:32 PM
Email ThisBlogThis!Share to TwitterShare to FacebookShare to Pinterest
Labels: preparedness