Weekend Roundup:
Well that was a quick week. The in-laws are leaving today and life should start to get back to normal. I have a road trip Monday, going to Greenwood, SC for a project I am working on...one day type thing...no big deal. 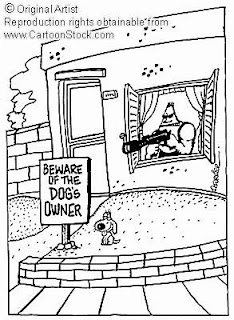 On My Mind:
I keep waiting for the SHTF but it doesn't seem to happen...as much as people would seem to wish for it to occur.

Joe the Plumber, a victim of character assassination for asking Barak Obama a question...nice. Great to see a person can ask a question of a candidate (who came to him by the way, not like poor old Joe went out of his way to find Mr. Obama) and then get every aspect of his life disected by the liberal media (and even be called a right wing loon!). Guess we should think twice before we ask "The One" a question. They might find out out you swallowed your gum in second grade or actually like "Catcher In The Rye". What a load of shit...politics in this country has become a joke and the media is the punchline.

On The Blogs:
A little different today, these folks all provide some good info or have great entertainment value. Give them some traffic!

The Tip:
If you like to read check out some site that do swaps or book trades for very little cost:
Paperback Book Swap
Bookins

Buy Be A Survivor stuff! ~ Donate to Be A Survivor! ~ Join "The Survivalists"!
Posted by flea at 12:00 PM
Email ThisBlogThis!Share to TwitterShare to FacebookShare to Pinterest
Labels: weekend roundup